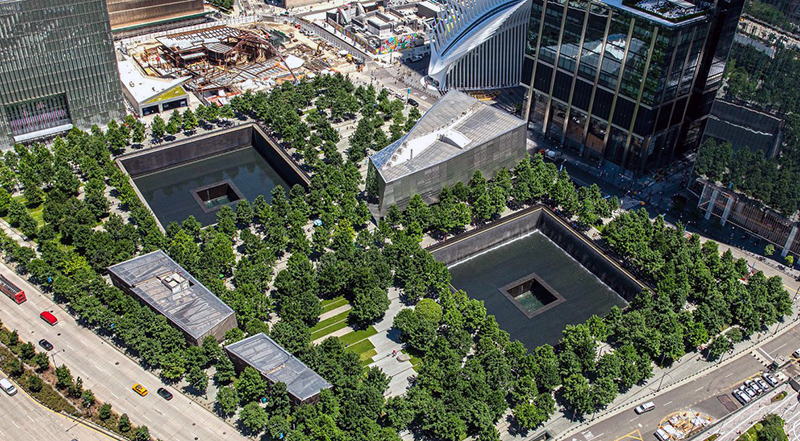 Photo by 9/11 Memorial and Museum - Made available under the Creative Commons CCO 1.0 Universal Public Domain Dedication.

The National September 11 Memorial, located in New York City, commemorates the September 11, 2001 attacks, which killed 2,977 people, and the 1993 World Trade Center bombing, which killed six. The outdoor Memorial is located at the World Trade Center site, the former location of the Twin Towers that were destroyed during the September 11 attacks. Where the Twin Towers once stood are two almost 1-acre sized reflecting pools and the largest manmade waterfalls in North America.

The names of the victims are inscribed on 152 bronze parapets on the memorial pools and arranged according to an algorithm, creating "meaningful adjacencies" based on relationships—proximity at the time of the attacks, company or organization affiliations (for those working at the World Trade Center or the Pentagon) and in response to about 1,200 requests from family members.

The 9/11 Memorial is operated by the National 9/11 Memorial and Museum, a non-profit institution whose mission is to raise funds for, program, and operate the memorial and museum at the World Trade Center site. 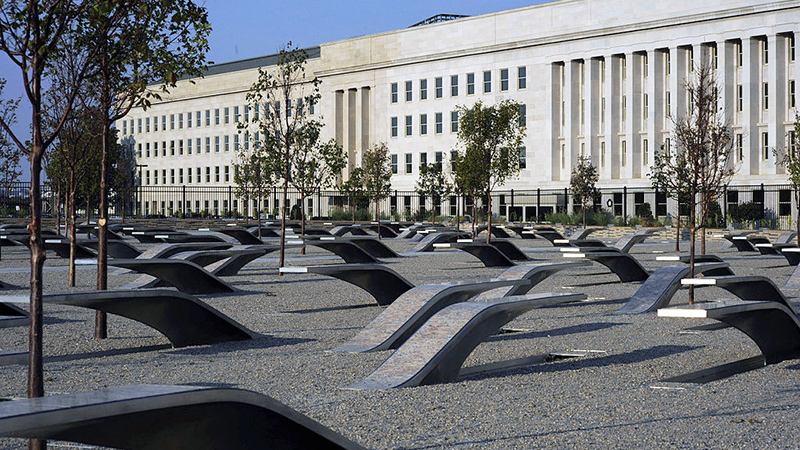 The Pentagon Memorial, located just southwest of The Pentagon in Arlington County, Virginia, is a beautiful open space shaded by 85 crape myrtle trees. The memorial contains 184 benches surrounded by a lit water pool, each engraved with the name of a deceased service member or civilian and arranged according to the victim's age, from the youngest (3-year-old Dana Falkenberg) to the oldest (71-year-old John Yamnicky Sr.). These benches honor all those who died at the Pentagon during the attack, including passengers on American Airlines Flight 77. 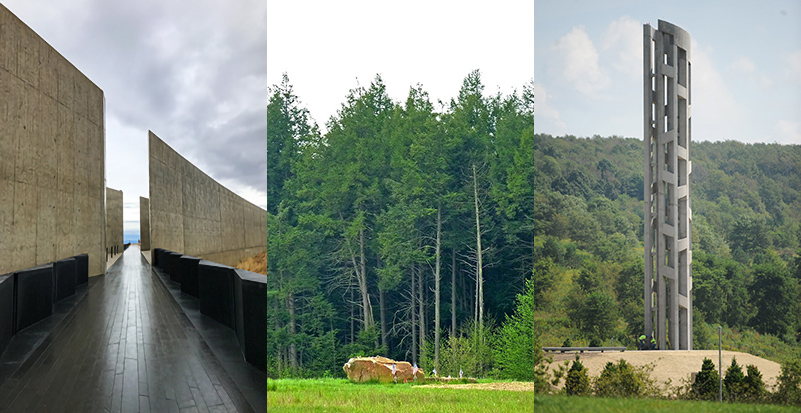 The Flight 93 National Memorial commemorates the crash of United Airlines Flight 93, which was one of four aircraft hijacked in the September 11 attacks. This memorial is located in Stonycreek Township, Somerset County, Pennsylvania, about 2 miles (3.2 km) north of Shanksville and 60 miles (97 km) southeast of Pittsburgh.

Places to visit at the memorial:

The National Park Service maintains this memorial and its grounds year-round. There is no entrance fee.