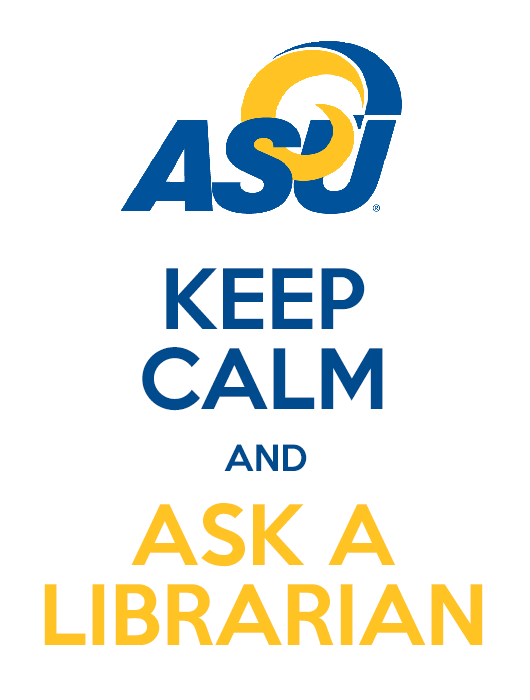 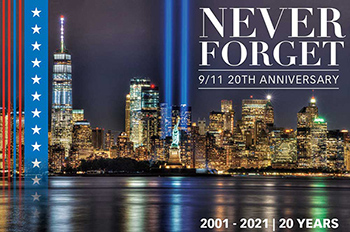 This September marks twenty years since the 9/11 terrorist attacks that occurred on U.S. soil and took the lives of nearly 3,000 people. Many who lived through that day remember where they were when they heard about the hijacked planes or watched the burning and collapse of the Twin Towers broadcast by national and local TV news stations across the nation.

The Porter Henderson Library has created this guide to commemorate the 20th anniversary of the 9/11 attacks, to honor the memory of the people who lost their lives as a result of those attacks, and to provide the Angelo State University community a starting point for acquiring a deeper understanding of 9/11, its origins, and its ongoing implications. 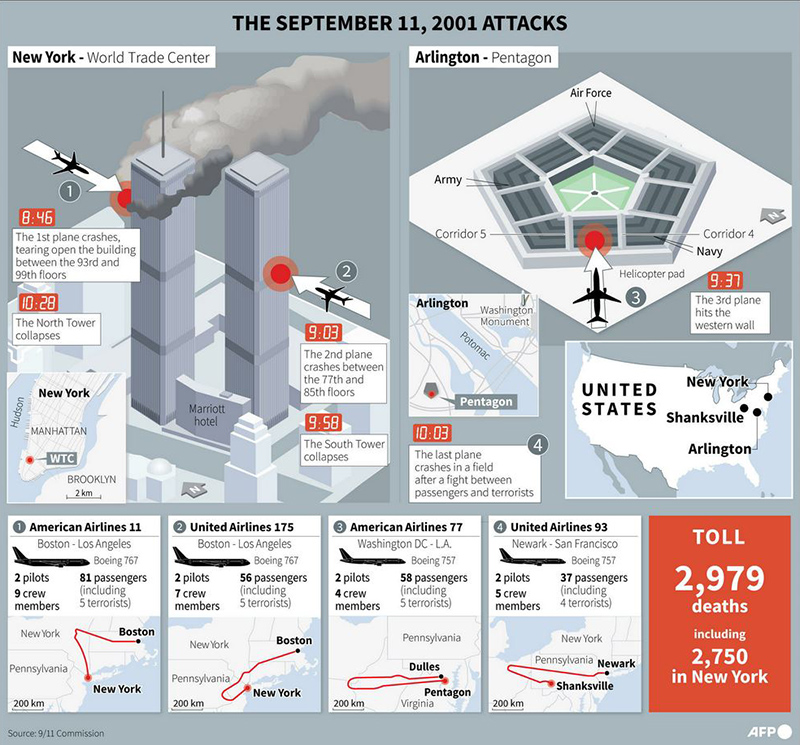 What Happened That Day 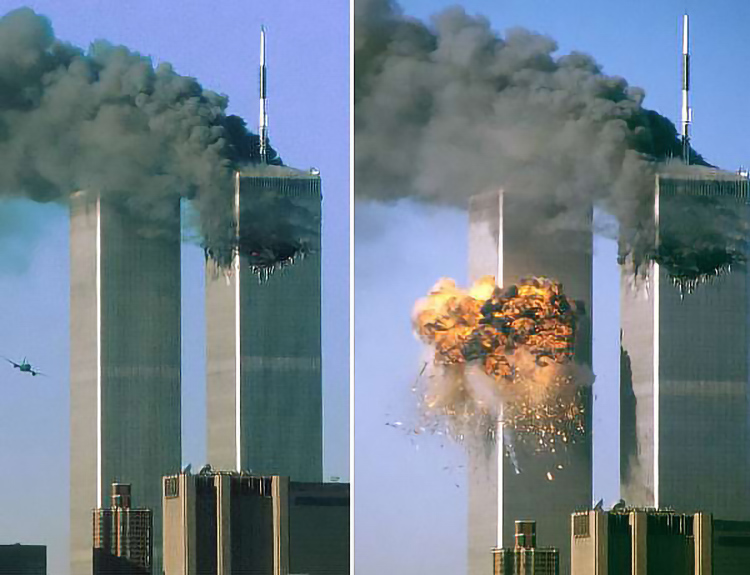 More than 2,400 people in and around the buildings were killed following the collapse of the Twin Towers. 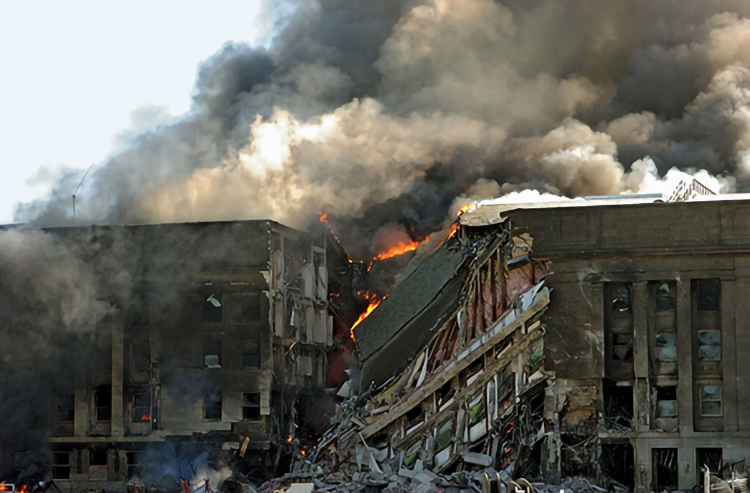 Smoke billowing from the southwest side of the Pentagon after being struck by American Airlines flight 77 on September 11, 2001.

Flight 77 took off from Washington D.C. en route to Los Angeles. Six crew members, 53 passengers, and five hijackers were on board.

The crash and fire killed 59 on the plane and 125 on the ground. 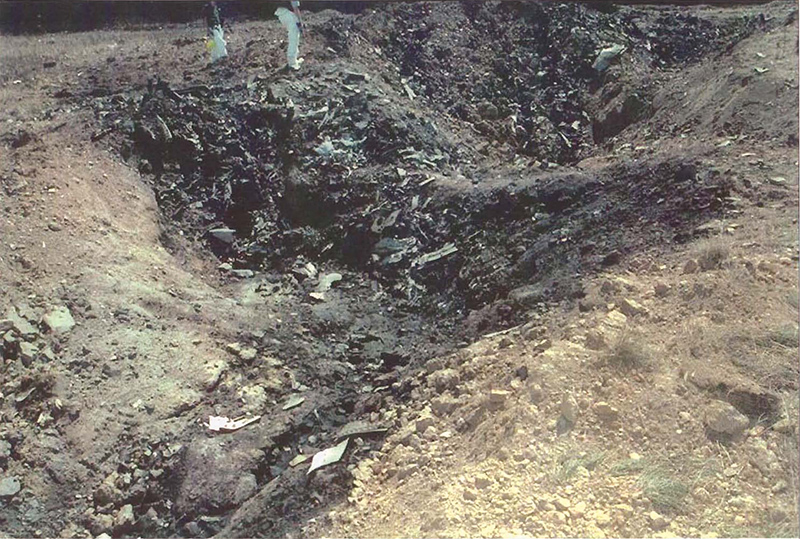 San Francisco-bound flight 93 took off from Newark at 8:42 a.m. Seven crew members, 33 passengers, and four hijackers were on board.